“The ward was never the same after that February afternoon when Zelda Fitzgerald stumbled into the psychiatric clinic with a stack of papers clutched to her chest, eyes darting this way and that, at once pushing from and pulling toward her husband like a spinning magnet.” (3) 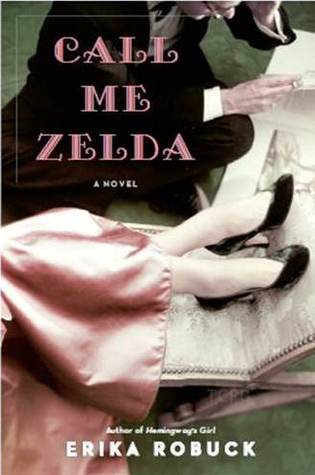 What a hook! I must preface this post with the caveat that going into this book, the knowledge I had about Zelda Fitzgerald originated almost solely from the movie Midnight in Paris. I knew she was a vibrant, quirky flapper, held a shared animosity with Ernest Hemingway, and was married to F. Scott Fitzgerald. That’s it. Regarding her husband, I’ve only read The Great Gatsby. I am not proud of these facts; so, after reading this gem of a book by Erika Robuck, I plan to expand my knowledge of the Fitzgerald duo, as well as other writers and artists in their circles.

Let’s jump right into the foodie passage that I chose for this meal’s inspiration:

Dr. Meyer furrowed his brow, but Dr. Squires, a young, fresh-faced resident with a kindly countenance, pick up Zelda’s thread.

“And could you tell us a bit about your childhood in Alabama?” asked Dr. Squires, pencil poised, a look of alert interest on her face.

Too soon, I thought.

Zelda girl, you’ve got something going there. Is there anything better than a fresh-off-the-vine tomato sandwich with a bit of crushed black pepper and mayo? Add an ice-cold glass of lemonade (or better yet, Chick-fil-a’s frosted lemonade– have you tried it? Sinfully good.) and I could eat this for lunch every day. Tomatoes are currently out of vogue in the toddler world here, though, so I thought I’d have a better chance of meal consumption if I went with the cucumber sandwiches. Chopped fine for mouths with few teeth, mixed with cream cheese, a bit of dill and garlic salt, on whole wheat sandwich thins. Doesn’t it just look like something Queen Elizabeth would have for tea? Let’s let it sit for a bit while we discuss this book and come to back to see how Chompers rates it.

Call Me Zelda almost assuredly falls into the genre of historical fiction, although the author merely calls it a novel and does not expand on the distinction between fact and fiction. I am not a stickler for this and am content to learn about historical figures in a hazy blend of history and nostalgia. The first person narrator is, however, a completely fictional character: Anna, Zelda’s psychiatric nurse. Being a nurse myself, I was instantly drawn into the story and the resulting friendship between nurse and patient. Their relationship is not altogether healthy– it is a mesh of projection and counter-projection, as Anna battles many demons in her past that draw her to Zelda’s situation. The author, I believe, strives to sketch this as a raw look at the give and take of friendships, and the redemption that can come through them.

Food is not mentioned very often in this book. When it is, it seems to be used to highlight the differences between the upper and lower classes. Anna is not wealthy by any means, and simple foods such as sandwiches and scrambled eggs are often described. In an odd illustration of prescience, she knew that something big was about to happen when she discovered her boyfriend cooking pancakes for the whole family. In contrast, when she meets with a very successful Sorin in NYC, he treats her to a sumptuous meal at the Plaza of lamb, fish, and bisque. This is why I find the above passage very intriguing. Zelda mentions the tomato sandwiches several times throughout the narrative, almost as a running joke between her and Anna. She certainly is accustomed to luxury, and has dined at many lavish tables. Yet, here, in her most vulnerable state, she drowns out the voices of the psychiatrists around her and focuses on simple food– a simpler time, a clearer mind, “clean people.” It is fitting and heart-breaking.

I gladly recommend Call Me Zelda. Anna is an interesting and sympathetic character. The flashbacks of her life before Zelda create a rich background to the present story. Zelda is also portrayed as a very sympathetic character; flawed, of course, yet perhaps justified in many of her actions. She shows a capacity for love and friendship and redemption, despite a tortured mind and a diagnosis of schizophrenia. Not knowing the details of her life, I was shocked and saddened by the ending. Given her history, however, it is harrowingly ironic.

Now, lunchtime! I do love cucumber sandwiches. They bring to my mind not only dainty tea services, but also a passage in another piece of literature, one of my favorites: [Jack puts out his hand to take a sandwich.  Algernon at once interferes.]  Please don’t touch the cucumber sandwiches.  They are ordered specially for Aunt Augusta.  [Takes one and eats it.]

Jack.  Well, you have been eating them all the time.

Algernon.  That is quite a different matter.  She is my aunt.
[…]
Algernon.  [Picking up empty plate in horror.]  Good heavens!  Lane!  Why are there no cucumber sandwiches?  I ordered them specially.

Lane.  [Gravely.]  There were no cucumbers in the market this morning, sir.  I went down twice.

Algernon.  That will do, Lane, thank you.

Algernon.  I am greatly distressed, Aunt Augusta, about there being no cucumbers, not even for ready money.

(The Importance of Being Earnest by Oscar Wilde; Act One)

Oh, the wit of Oscar Wilde! And, may I say, in the movie version of The Importance of Being Earnest, Colin Firth and Rupert Everett play the parts of Jack and Algernon perfectly. If you haven’t watched this adaptation, I just gave you your evening’s easy dose of literary entertainment. You’re welcome.

My husband and I enjoyed lunch immensely. Chompers is, as always, a harsher critic. You can check out this Toddler Cam link for a closer look at his reaction. Sandwiches are still a novelty to him, so there was a good chance of success. The evidence here of a satisfied stretch and cream cheese mouth is proof that it wasn’t a total bust. I’ll put words in his mouth that this meal gets a 5/10. I, however, give it a 9/10. Simple, delicious, clean. We’ll see how many books can pull through with meal plans containing those qualities! Until next time… My mom just slaved away in the kitchen so I could eat five bites and call it quits. Life is good, man!